Regardless of how you define success, people think differently on their way to find it. Here’s how successful vs unsuccessful people think.

When asked about what you want to become in the future you either say that you are going to be a millionaire by creating something by yourself or you say that it would be nice to have a job as soon as you graduate from college.

Successful vs unsuccessful in numbers

Successful people are not like most people. They are a small minority with certain common characteristics and a different mentality from most people. They think big by truly believing that they are going to be millionaires by their mid-20s, and they do everything they can to achieve their dream.

On the other hand, most of the people you know don’t think big. They are simply hoping to find a decent job after they graduate, and they don’t ever think of being millionaires by creating something on their own. And this is the big problem… that this option never crosses their mind.

But why do they do that? Because they do not value themselves. They think that they do not deserve to be successful. It’ s a matter of low self-esteem. How many times have you tried to urge a friend of yours to try something out of the ordinary and their answer was negative?

What your friend does is that he puts a low-price tag on himself. They usually answer: ‘Who? Me? I cannot do what you’ re asking me. I don’t have the necessary skills. I’m not an expert’.

The funny uncle who knows everything

Another thing that you should do, if you want to be successful, is to stop making excuses. Most of us have an uncle or someone else who is always giving us advice on how to become successful.

I urge you to go ask your uncle why he is not successful himself. I guarantee you that his answer will be that he had to start a family and provide for his children, which does not allow room for ‘experiments’ with other things.

It never crosses their mind that this guy who now spends money and travels around the world may have spent 5 years alone, working on his business without partying or even communicating with others, in order to live the rest of his life as he wishes.

What you should do

So, what you should do in order to first think and then be successful? Do not judge. Don’t be jealous. Don’t wish you could be like someone else. If you want it so badly start working your ass off today, so as to be whoever you want in the future.

I know it takes time, but this cliche holds true. If there are 30 steps towards success, then do the 1st now (just think about being successful) and then work hard and do your best to achieve the rest 29.

Create the mentality of a winner. People will probably think that you are over-confident, but you will know that you are just thinking big.

What if I don’t want to become a millionaire?

That’s fine. I am using this as an example. No matter what your goals is (e.g. to buy a house, or to travel the world) you need resources to achieve them.

And these resources are mainly free time or money (ideally both). Your mentality is what really matters. Stop making excuses, be real, honest, smart, make a plan, work hard, don’t quit on the first failure and in the end you’ll succeed. 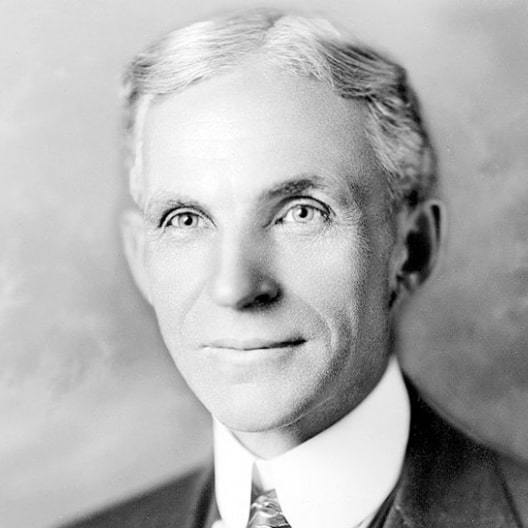 “Failure is simply the opportunity to begin again, this time more intelligently.”

Have you noticed any differences in the way successful vs unsuccessful people think? Tell me about your experience in the comments below.

Manos knows exactly what makes up a perfect website (he keeps an updated file). And when he's not busy scouring the Internet for high-level marketing techniques, you'll find him discovering a place for the first time.