You wish that you knew how to command respect. You may be afraid that one day you’ll be left without any friends. You might also be thinking: ‘How great would it be, if I could influence others a little bit more’? All these may sound like a faraway dream, but it's simpler than you think. Let me show you how to make friends as an introvert in 7 easy steps.

Why should you command respect and make friends?

Before diving right into it, it’s worth looking at the broader picture for a moment. Why would you want to make friends and command respect?

Let’s see an example. Have you ever met a charismatic person who everyone loves and respects? A person who is powerful enough to influence all other people around him? Do you want to be that person? There is no shame if your answer is yes.

My best 7 tips for introverts

There are many ways to get there. If you find yourself having zero social skills you can even start therapy, in order to find the root cause of the problem.

But, since starting therapy may sound something that is too far away or even expensive for you, I'll give you my best 7 ways to make friends as an introvert. Let’s now see how you can get there.

Everyone likes to hear his name. Still, you may have heard people saying that it’s a tough thing to do. A common phrase is: “Sorry, but I’m bad with names”. And it may hold true. But you can use a small trick …

When someone introduces herself to you and says ‘Hey, my name is Julia’ you don’t answer the usual ‘Nice to meet you’. It’s important to add the person’s name at the end of the sentence and instead say ‘Nice to meet you, Julia’. This can help you remember people’s name.

When you talk to someone who is either much older than you, a cop, a professor or your boss, make these people feel important.

Show them respect when you respond to them by saying ‘Yes sir’ instead of ‘OK whatever’.

3. Show respect for others’ opinion

How? Just never tell a man he is wrong. This also applies when you talk with someone about staff related to your field of expertise. For example, I’ve studied economics and talking about stuff related to macroeconomics became sexy after the 2008 crisis.

In many cases I heard many opinions which were completely false. What I did was not to correct them, because this had created many unnecessary arguments and hostility when I used to do it in the past.

Also, when you are wrong, admit it quickly and emphatically. The reason we usually don’t do this, is because we think that admitting our fault is a sign of weakness and no one wants to look weak.

This mostly applies to situations when you want to ask something from someone else. For example, when I want people to read my articles, I don’t write crap and focus on marketing and telling people that I need to reach 500 daily website visitors.

What I do is to write the best content I can, by researching many sources, and if my content is good then people will read this blog without me having to beg them to do so.

Another example is when people are asking for a raise at work. What most people do is only focusing on their own skills and expertise and not on how these are related to the company’s interests.

When I was a young child my father was a nurse and he had written a letter to the hospital he used to work for asking for a raise. So, he asked me to type this letter on the computer for him.

In his letter he kept talking about the big number of years of experience he had compared to other nurses and that he was always available in emergencies when he was called.

It’s great that he mentioned all these. But the problem is that he did not say a word about how his experience and attitude helped the hospital achieve its goals. At that time, I didn’t say anything to him, because I was too young to think about it and he was finally fired by the hospital.

5. Show interest in other people

When someone tells you he plays the violin, ask him what it’s like to play the violin. When a person tells you she is a painter, ask her what she paints about. If you meet a doctor, ask him about his craziest stories with patients.

When someone talks to you, listen to him and don’t prepare for the things you are going to say once the other person is done. Also, show some form of acknowledgement when he is done and don’t start talking back before he has finished his final sentence.

What do you gain from the above? 2 things… first you learn a bunch of new stuff when you are asking questions to people with different interests and hobbies than yours. Second, this is the only way you can enjoy a full social experience, a true dialogue.

I hate it when people carry and share negative energy. It’s a nightmare. When you have a bad mood, don’t start telling you friends how horrible work was and how things don’t work out with your new dog at home.

When people are drained, their goal is to turn other people drained as well. You have to replace this goal with something else. You can try smiling.

People carry some good and some bad characteristics. Focus on the great qualities of other people and don’t criticize them for their negative traits.

When you meet your best friend tell him how much you enjoy his jokes. Don’t start pointing out his inability to hit on girls. When you wake up next to your significant other, tell her how much you love her, but don't ask her why she spent a fortune on buying clothes last weekend. 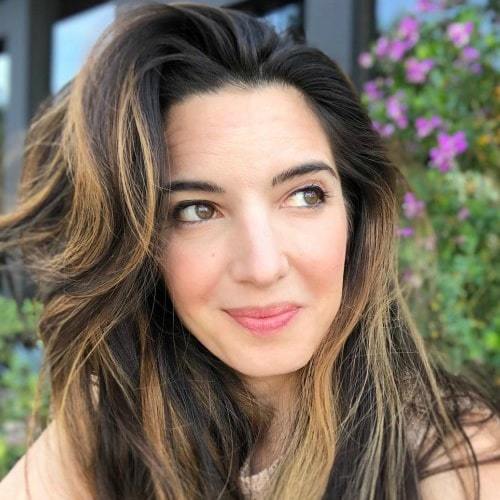 “When someone criticizes you, it defines who they are, not who you are.”

Aren’t these too much for introverts?

Yes, if you look at these tips as a whole it’s too much. So, don’t do this.

Start implementing them one by one. Start from what you think is the easiest one (i.e. remember people’s names) and climb all the way up until you have mastered the toughest one (i.e. don’t criticize).

Being socially charismatic will help you boost your relationships, but most importantly it will bring you inner piece and power. It can even lead you to bliss.

Just think about it… Most of the times something goes wrong in your life, it's because you have an issue with a family member, colleague, partner or friend.

When you manage though to accomplish all 7 tips described above, 80% of your social problems will disappear. What will remain is financial problems and life choices. Pretty good deal, right?

Which one of the 7 ways above you think is more effective? Are there more maybe? Let me know by leaving a comment below.